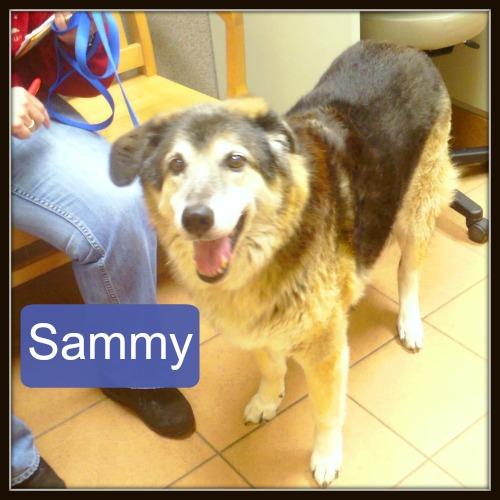 Sammy was adopted from the Animal Welfare Association in December of 2013. He was surrendered at a shelter in West Virginia the week prior. After being adopted, Sammy would not sleep upstairs with his new parents. In stead, his new mom slept on the sofa in the living room for 6 months – though dad wanted her to sleep with HIM, rather than the dog.

Sammy’s Pet-Parents later moved to a rancher in Williamstown, so everyone is happy sleeping on the same floor. He also gets to enjoy a 3/4 acre yard to run in!

Sammy’s wonderful Pet-Parents brought him in for a Wellness visit with Dr. Chachkes on Saturday.