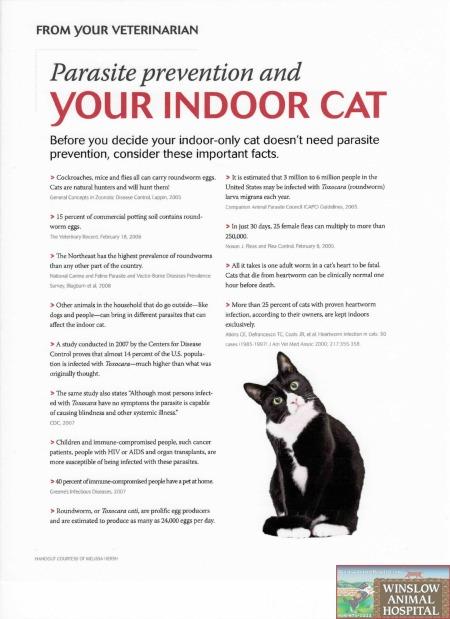 Before you decide that your indoor-only cat does not need parasite prevention, consider these important facts:

For a printable PDF of this information as well as sources, click here! (.pdf)