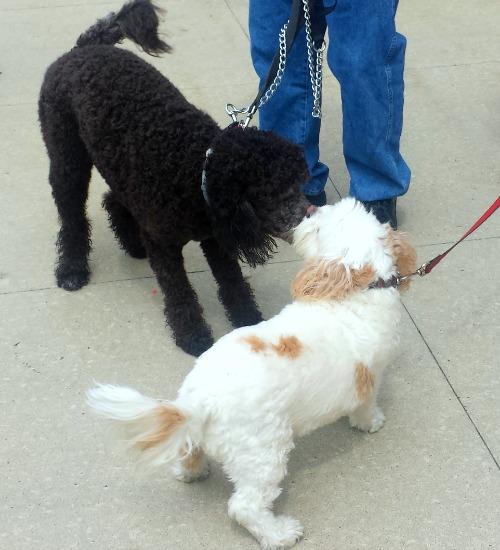 Bringing a pet into your home is a big decision, and an important commitment. One of the important questions to ask before making that decision is, “How will this new animal fit in with the pets I already have?”

There are some animals who will refuse to get along, and others who will get along readily. For the majority in the middle, there are approaches you can take to make the introduction and transition as unstressful as possible for your pets.

Every individual animal has their own temperament. Most likely, you have a strong understanding of how your current pet behaves around strangers by now. Stress and uncertainty pose more of a problem for some than others. Use the knowledge you have about your pets to determine what approach you want to use for introduction. For instance, if your current pet does not like sharing her toys, make sure each of your pets has their favorite toy handy during the introduction, so the two are not competing over the same toy during the transition.

If possible, introduce the pets in a place that is not familiar to either one, such as a park. This eliminates the sense of “invading” animal coming into the “territory” which the current pet may feel he needs to protect.

It might be best for your situation to keep the animals in separate rooms for a few days or even weeks to give them a chance to get accustomed to one another’s scents. Make sure each has access to any litter boxes, food, water, etc. in their respective areas. You can even put their food bowls on either side of the door separating them so they are eating close to one another’s scents.

The scent swap can be taken further, switching blankets in each pet’s crate or carrier to allow them to adjust to one another’s scent before their introduction.

It’s important to keep in mind that not every animal will get along with another. If the first indroduction does not go well, try again at a later date. Be patient and introduce them slowly. If several introductions still do not allow them to get along, talk to a veterinarian for help.